How to drive a manual ATV? It’s easy. All-Terrain Vehicles or ATVs are Powersports vehicles that offer an efficient way to get around outdoors and are great for off-road trails, solo riding, and making quick turns. Most often, ATVs are used for recreational purposes, but there’s an entire sport build around it called ‘Quad-X ATV Motocross Racing Series,’ which is popular among the quad enthusiasts.

You can categorize ATVs in two ways:

The leisure-focused ATVs are equipped with an automatic transmission that allows you to ride the machine without worrying about operating the clutch or shifting the gear. On the other hand, sport-focused ATVs utilize manually operated transmission that allows you to adjust its performance when riding by shifting to another gear or pulling in the clutch lever. It is just like riding a motorbike.

However, it can be a bit difficult to drive a manual ATV for those who haven’t ridden a machine with gear before. But, it is quite easy as compared to learning to ride a motorcycle because an ATV has a four-wheeler gear that doesn’t require you to maintain the balance when riding.

All it requires is a small amount of practice and an understanding of the four-wheeler gear as well as the clutch. With that said, in this post, we will help you learn how to drive an ATV so that you can pursue your hobby for leisure or any other purpose.

What are the manual transmission components? 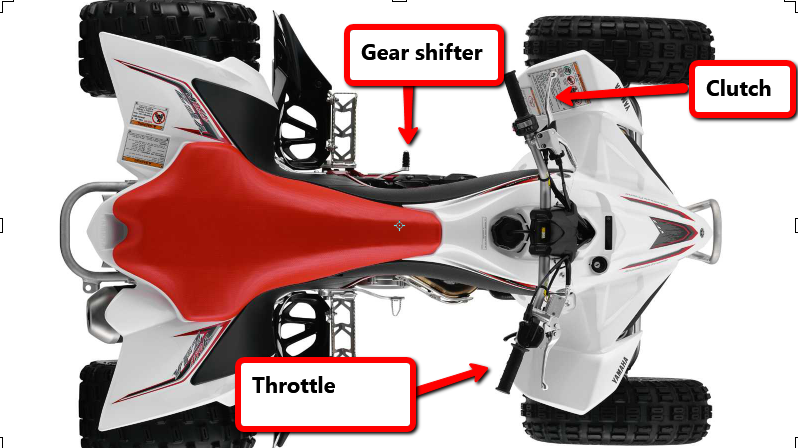 The clutch lever is a component that engages and disengages the transmission to the wheels to transfer torque. It is located behind the left-hand grip and controls the operation of clutch plates to the drive shaft. The lever needs to be squeezed whenever you change the gear. It works similar to the clutch mechanism of a motorcycle.

The foot shifter or the gear shifter is located on the bottom, next to the left side of the four-wheeler, near the footpeg/rest. This is where you physically push the gear up and down with your foot depending on your need for torque or your speed. To shift the gear from neutral to the first gear, press the foot shifter down gently one time. This will give you enough torque to move the machine ahead. Once the machine starts moving, you can shift the gear from 2nd to 6th gear by flipping up the foot shifter with your foot.

The throttle lever or the gas pedal is situated on the right-hand grip, underneath by your thumb, which is used to deliver fuel to the engine. By pushing the throttle lever forward, it increases the engine RPM that ultimately makes the machine go faster. 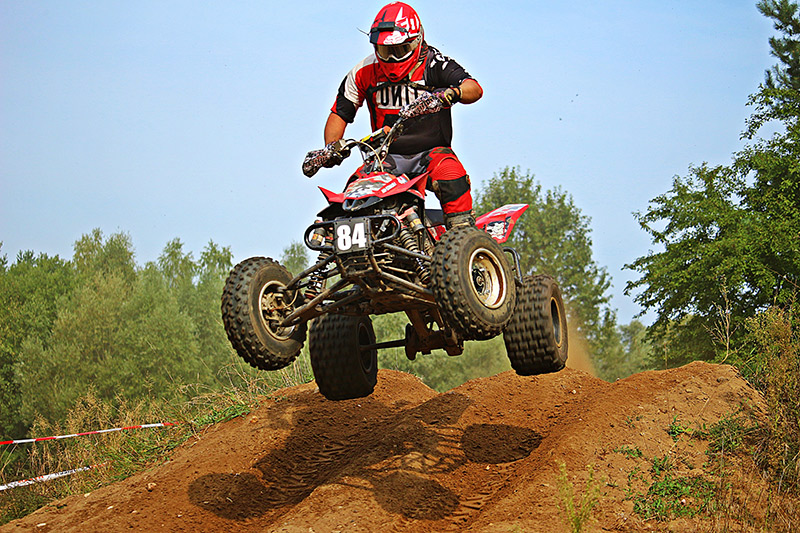 In Neutral or Park

This is the most common and recommended way to start an ATV. Starting your ATV in a neutral position allows the engine to start and heat up properly. In most ATVs, neutral can be found between the first and second gear. Moreover, most ATVs come with a Neutral Light Indicator or a gear selector readout that gives you an indication in which gear your ATV is parked.

You can look for the Neutral ‘N’ light to emerge on the display dashboard when adjusting the gear to bring the machine to neutral. This can be done by holding the clutch and clicking the gear shifter down to first. Once you reach the first gear, do a half click up, and it will bring the vehicle to a Neutral position. Now that the vehicle is in neutral, you can pull the cord or push the start button to start your ATV. It’s easy!

We recommend that once you have started the ATV while holding the clutch, bring down the machine to neutral or at least in the first gear. Never move your vehicle when it is motionless and above the 2nd gear. It will not give you the pickup you want and may damage the engine if you do it regularly.

The clutch is the most important component of the manual transmission. It must be used appropriately. When changing gears, ensure that you hold the clutch – It will bring your machine back to neutral. So, practice operating the clutch lever – it is the most critical aspect of driving a manual ATV.

Driving the ATV from a Stop

Now that you have understood all the primary components of the ATV and have learned how to start your machine, it is time that you learn how to drive an ATV from a stop.

It’s no rocket science, and by following the instructions, you can drive your ATV without any hassle. Just ensure that you have a good grasp on the clutch.

Well, driving your ATV from the stop was quite easy, right? If you have done it seamlessly, it means that you have understood the operation of the clutch lever very well. So, let’s move forward and shift up.

Well, When you drive through rough terrain, you need to downshift the gear. Downshifting to a lower gear will give you more power and make your acceleration even better.

You need to practice driving the ATV at a slow speed. Once you understand how all the components work, you can work on the speed as well as riding techniques. If possible, you can consult an expert rider about how to drive an ATV with manual transmission.

We have tried to cover everything in detail. If you have any queries or concerns regarding the topic, feel free to ask us. 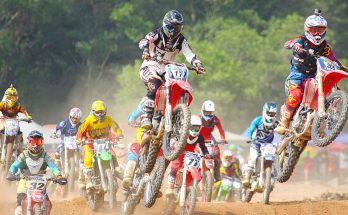 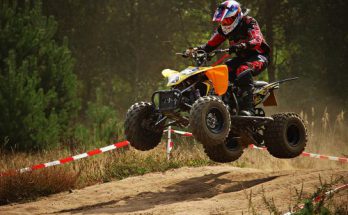 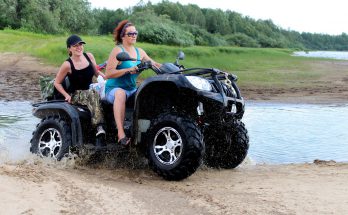 View all posts by Laura Bess →